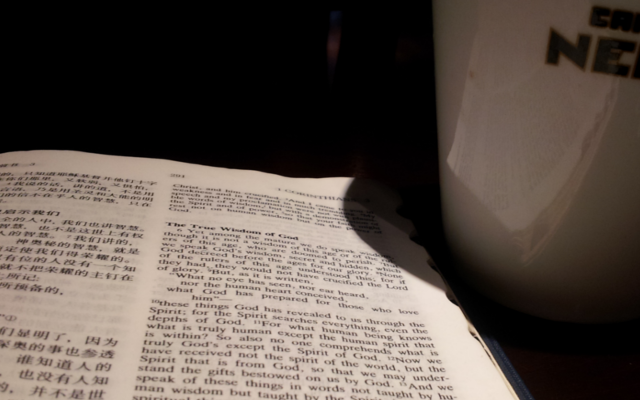 “Brothers and sisters, think of what you were when you were called. Not many of you were wise by human standards; not many were influential; not many were of noble birth. But God chose the foolish things of the world to shame the wise; God chose the weak things of the world to shame the strong. God chose the lowly things of this world and the despised things—and the things that are not—to nullify the things that are, so that no one may boast before him. It is because of him that you are in Christ Jesus, who has become for us wisdom from God—that is, our righteousness,holiness and redemption. Therefore, as it is written: “Let the one who boasts boast in the Lord.” (1 Corinthians 1)

It’s not the religiously healthy people that Jesus came for it was the notorious sinners who knew they were sick. When I think about our fellow workers in this area of the UK and the people who are starting to follow Jesus in “simple churches” the words above encourage me!

Weak People – God doesn’t use experts or those who know what they’re doing. Otherwise people would think that human effort and ‘clever-ness’ is that counts. God uses people who desperately seek Him and realise they are nothing without Him. Even Jesus said that He could do nothing of Himself but only did what He saw the Father doing. Why do we think that we know better?

Simple Methods – God loves simple methods of discipleship and community because it means that anyone can do it! If God’s heart is longing to see people from every tribe and tongue reached with the Gospel of His Kingdom then I think putting simple methods and patterns into the hands of ordinary untrained disciples is the way to go…After all that’s what Jesus did isn’t it?

Foolish Message – The Gospel of the Kingdom is a foolish message to those who are perishing but it is absolutely amazing news to those being saved! In our attempts to “dress up” the Gospel let’s not forget that people who think they’re healthy won’t want to hear about a doctor! In our experience sharing the simple message of the Gospel and asking “Do you want to know more about Jesus” has been very fruitful!

Are you weak? Are you using simple methods? Are you foolish in sharing the Gospel?